Written by Brave To Love

In Matthew 14:16, Jesus fed a crowd of 5 000 people with only five small loaves of bread and two fish, and after the crowd has feasted and ate abundantly, twelve big baskets of food was left over.

That day, a large crowd had gathered to hear the teaching of Jesus and as the evening approached, the disciples suggested that Jesus end for the night. Instead of sending the people back to their villages, Jesus thought it good to feed them. The disciples felt overwhelmed by the task of feeding a crowd of 5 000 people, and they certainly doubted Jesus’ instructions. When they returned a short while later, they reported that the only food available was from a young boy who had five loaves of bread and two fish. The little boy was faithful to give his five small loaves of bread and two fish, not knowing that his simple act of obedience would keep 5 000 people from starving.
Aside from the resurrection, this was the only other miracle recorded in all four Gospels.

By the 19th of April 2020 Brave to Love had the privilege of providing meals to a crowd of 5 000 people in the informal settlement of Cemetary View, Pretoria East – merely a month after South Africa was declared a national State of Disaster by President Cyril Ramaphosa. As the country entered into lockdown on the 26th of March, many took it as a time of rest and relaxation. To others it was the start of anxiety and frustration as they wondered where their next meal would come from. It became clear that countless households already living below the breadline are now facing a guaranteed famine; they were in need of a miracle.

The crowds of Cemetary View cried out for help. Brave to Love thought it good to feed them. The Cemetary View Project was brought to life, and soon a team of brave volunteers left their solitary confinements and entered the premises of Living Word Pretoria East armed with masks, gloves, sanitizer and work permits. 800 households had to be reached, and we were the handful of people to do so.
Just like the disciples, we were overwhelmed by the task at hand.

I would like to say that we never, not once, doubted His instructions, but that would be a lie. There were times that we stared at the few potatoes and single bags of maize left in our store rooms, the equivalent of the five loaves and two fish, wondering how we are going to feed 800 families without food. Yet when the last of the crowd departed on handout day, we were always left with abundant leftovers. Numerous businesses and individuals were faithful to share their means, not knowing that their simple act of obedience would keep 5 000 people from starving. This is nothing short of a modern day miracle, not by our might but because the Miracle Worker is in our midst.

Just like in Matthew 14, Jesus provided all of the materials needed to carry out His instruction. He even gave guidance for the task at hand. When He calls us to do a seemingly impossible task, He also instructs us not to worry. For where He is involved, He proceeds to provide everything we need, and more. We do not serve a God of enough, we serve a God of more than enough. If we want to live, love and serve like Jesus, it means we have to be compassionate like Jesus; compassion after all is love in action. If we say that we love, and yet stand by when we see a need, we lie.

His love is wide, His grace is endless and His storehouses are full; and because we so freely received we can freely give. Not through our own might, but through Him who is more. Abundantly more. 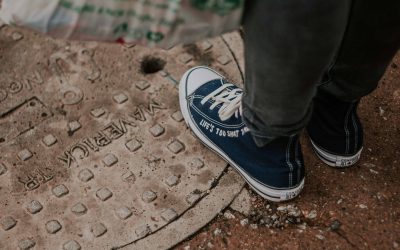 Finding the woman at the well On a stormy Saturday morning in February, a team of Brave volunteers gathered in the...